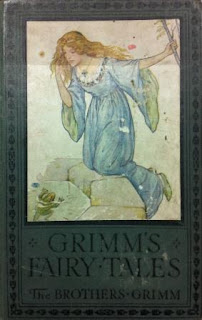 "It seemed to me that Poppy knew everything."

Janet Frame devoted a chapter of To the Is-Land (her first volume of autobiography) to her memories of her friendship with Poppy. Among other riches of folklore and cultural knowledge, Janet Frame credited to Poppy her influential discovery of the much treasured Grimms' Fairy Tales.

Poppy's book of Grimms' Fairy Tales was "returned and borrowed, again and again". Through this introduction to the book of fairy tales "the world of living and the world of reading became linked in a way I had not noticed before".

I hear from a mutual friend that Poppy's friendship with Janet Frame was mentioned warmly at her funeral. May she rest in peace.