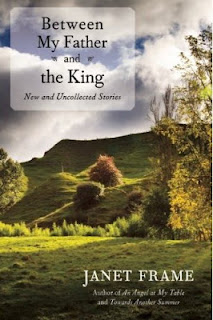 Between My Father and the King, The US edition of Janet Frame's posthumous stories due out in May 2013, has attracted another starred review! This time from Publishers Weekly:

The review speaks of Janet Frame's "legacy of exceptional writing, both fiction and nonfiction" and says that this new collection "showcases her extraordinary gifts as an imaginative storyteller with a singular viewpoint".

"Even the weather, in “I Got a Shoes,” is transformed by Frame’s lovely vision: “It rained big drops, pelting down hard like a punishment.”