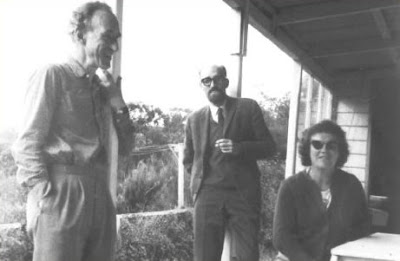 Found a review today (at http://www.que-leer.com/633/janet-frame-hacia-otro-verano.html) of Hacia Otro Verano the recently released Spanish translation of Towards Another Summer.
I don't speak Spanish so I passed the text through an online Spanish to English translator, and gathered that the following is a fair representation of some of the expressed sentiments of the reviewer Alicia Misrahi:
"With the same poetic and gracious insistence with which the waves lick the flanks of a sunk boat, Frame offers a great personal fragment to us in this sincere novel"
"Frame undresses the soul and the feelings of Grace Cleave, her protagonist and alter ego, as only the great writers can do, and transforms each detail and each small episode of their fight to integrate themselves in society"
"In the meantime, we, those who read this, have learned to love Grace/Janet."

The computer translation is clumsy but it's clearly a lyrically written sensitive review, in line with many of the English language reviews (see the Janet Frame Literary Trust web site NEWS page for excerpts and links to reviews).

Photo above is of Charles Brasch and Janet Frame at Charles' holiday home on the Otago peninsula, in April 1966. New Zealand academic author and critic CK Stead is in the background. The photo was taken by poet Ruth Dallas. The title of the novel Towards Another Summer was taken from a poem by Charles Brasch.