A shrewd and clever book * 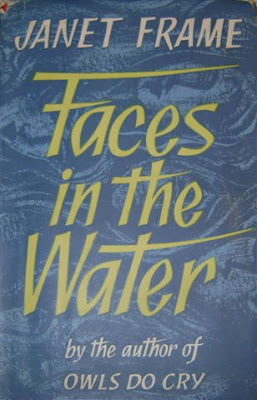 Released this month in the UK is a fresh and exciting new paperback edition of Faces in the Water, introduced by novelist Hilary Mantel. (See the Virago website for more details, and to read an extract from the novel.)
The Hilary Mantel introduction challenges the biographical fallacy about Frame, and contains the most perceptive and finely expressed analysis that I have ever read, of the perils of the sensitive artist who falls among dullards. Here is a brief excerpt from Mantel's essay:
"Janet Frame remains subject to categorisation. She was put into the mad category, saved at the last moment for the artist category, and is sometimes put back into the mad category by people keen on classifications and unable to explain her genius except by defining it as an abnormality. A arid reductionism still haunts her. In 2007 a paper in the New Zealand Medical Journal suggested that she had an autistic spectrum disorder. It is time to subdue the urge to pathologise, and see Frame as the highly conscious artist that she was."
- Hilary Mantel (2009)
The first edition of Faces in the Water was published in London in 1961 by WH Allen, in America by George Braziller and in New Zealand by Pegasus Press.

The 1961 New Zealand hardcover edition released by Pegasus Press (pictured above) sold more than 2,000 copies in New Zealand alone, in its first month on sale in Janet Frame's homeland.

Here are some excerpts from international reviews:

"Janet Frame's evocation of madness is unforgettable... Faces in the Water is especially brilliant in its description of what happens inside the patient's mind"... "[Frame] writes with a cool eye, a detached sympathy, and a warm but unsloppy love of sane and insane alike" - Time Magazine

"This remarkable New Zealand novelist has built up a reputation that fair dazzles, and deservedly so" - Publishers Weekly

"her prose has beauty, precision, a surging momentum, and the quality of constant surprise" - Atlantic Monthly

"Janet Frame seems to me the most considerable New Zealand novelist yet. Her innocent eye can show one the commonest object for the first time, her sensibility can convey, and has perhaps experienced, the bloodiest tortures of the mind." - Patrick White

"One of the most impressive accounts of madness to be found in literature... A masterpiece." - Anita Brookner

"Miss Frame shows an insight into the minds and lives of other patients which brings them back into the scope of her art. And her skill in penetrating the feelings of the staff unites patients and staff in such a way as to make them all, however whirling, members of the same tragic microcosm. In freshness of language Miss Frame is the most remarkable New Zealand writer since Katherine Mansfield and Frank Sargeson." - Times Literary Supplement

This important and influential novel has never been out of print in the 48 years since first publication. It has been through the hands of some different publishers over the years, for instance here are two of the covers from the Women's Press UK edition that was in print for 25 years, from 1980 until 2005: 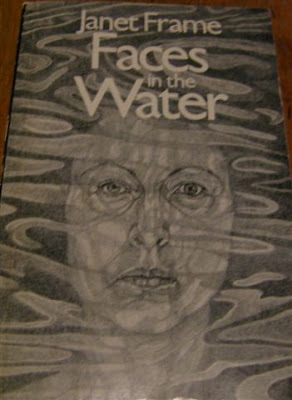 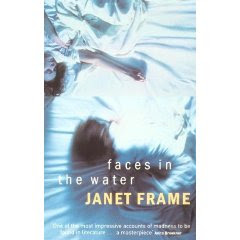 But here follow the names of the publishers who currently hold the English language rights: 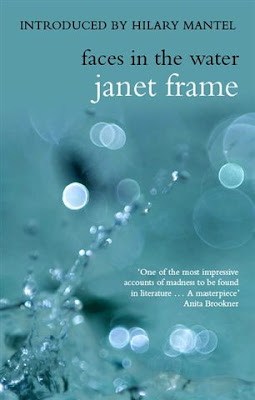 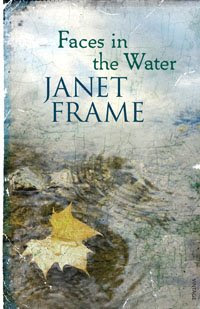 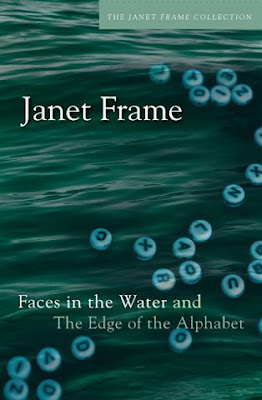 Here's the cover of the US edition (first published 1961, multiple editions and reprints): 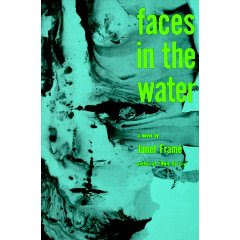 * "It is also a shrewd and clever book, revealing without fuss (or sociologist's jargon) how oppressive institutions work" - Hilary Mantel, 'Introduction to Faces in the Water' (Virago 2009)
Posted by Pamela Gordon at 9:05 PM