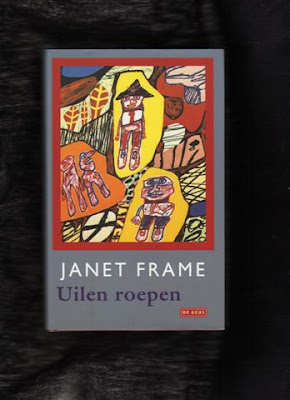 With the advent of Towards Another Summer, that beautiful 'new' posthumously published novel by Janet Frame, that has won hearts all around the world, there has been a flurry of interest in foreign rights for this title, along with many of the backlist titles not currently spoken for.

So far the Frame Estate has had requests and offers for rights to Towards Another Summer in more than ten languages.

The first foreign edition of Frame's 12th novel will be the Spanish Hacia Otro Verano from Seix Barral. Seix Barral are also to publish a new edition of their translation of the autobiography omnibus.

Janet enjoyed and treasured the translations of her works - her author copies of different editions easily filled a whole room of her house. When she moved from Auckland back to Dunedin in the late 1990s, I heard one of the moving men, who had the job of putting the books on the shelves in the new house, ask that classic incredulous question that moving men everywhere ask of those of us who move from place to place bringing vast libraries along with us: "Have you read all these books?" Janet's answer was slightly different from the usual. "Actually," she said, "I wrote most of them!"

Obviously she couldn't read all the languages her books were translated into, but she used to like to give away her spare gratis copies as presents, whether the recipient of the gift could read the language or not.

It always seemed that the foreign covers were more intriguing too. In the past many of her English language covers had been quite dull, although there certainly were some remarkable ones as well. Or maybe it was those mysterious foreign titles that made the foreign editions seem so exciting.
Posted by Pamela Gordon