Question from a translator 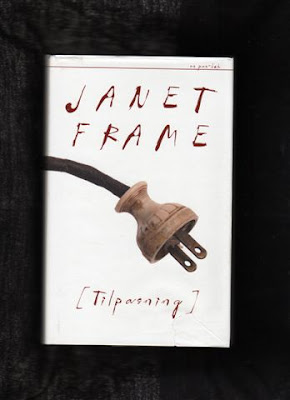 ...it was in between the second and third parts of her novel 'in progress' that the weekend intruded itself; it stuck in the gullet of her novel; nothing could move out or in, her book was in danger of becoming 'a foster child of silence'.

Therefore she applied literary surgery to free her characters for their impelled dance or flight; she wrote the story of the weekend.

One of the translators currently working on the text of Towards Another Summer was able to spot a potential problem on the first page of the novel. In the passage above, the translator wanted to be reassured, did the word characters refer to the people in the novel, or the letters of the alphabet making up the text of the novel?

Now that's a very perceptive question from someone who obviously is very familiar with Janet Frame's themes!

And doesn't that query exemplify a very Framean characteristic?

I've always wondered how it is possible to translate a writer like Janet Frame, whose work is so redolent with layers of meaning. She often employs the multiple meanings of words and phrases simultaneously. And even if she didn't intend the ambiguity in this individual case, the force of her command of language makes her words seem to take independent life and start waging their own battles.

How can that kind of rich text ever be translated?

And yet I can read Jorge Luis Borges in English, and appreciate some of the complexity.

I'm really in awe of translators.

Posted by Pamela Gordon at 9:48 PM