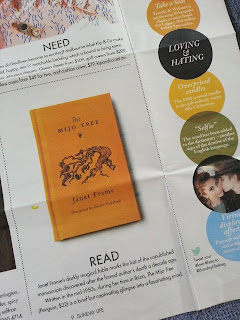 "a brief but captivating glimpse into a fascinating mind"
The Mijo Tree by Janet Frame featured recently in the Australian Sunday paper the Sun-Herald.
The Mijo Tree is published by Penguin Books New Zealand,
but because there was a strong demand from within Australia, it is now available at all good Australian bookstores and online booksellers.
It's proving to be very popular and would make an excellent Christmas gift for that discerning loved one!
http://www.penguin.com.au/products/9780143569428/mijo-tree
Recommended retail price AUD $21.99
Small hardback
101 pages
Illustrated by Deidre Copeland
With two useful appendices:
an afterword by literary executor Pamela Gordon
and a chronology of the highlights of Janet Frame's career
This is a "darkly magical fable" written by Frame in 1957 when she was living on Ibiza and is among several manuscripts that she hid away to be looked at only after her death.
News and views about The Mijo Tree:
Vanda Symon's Launch Speech: Bookman Beattie

"Janet Frame has written a small and perfectly formed fable, but one that packs a punch. It is beautiful, thought provoking, and dark, gloriously dark."

"The illustrations by Deidre Copeland are stunning and capture perfectly the undertones of the story."


Review: NZ Lawyer
"The book is to be enjoyed by adults and mature younger readers alike."
"The story often brought me close to tears and this before even casting my eyes upon the afterword that explains the reasons for recently publishing this secret work."
Review: Waxeye Writing
"a little fable for adults ... on big things like ambition, suffering, betrayal and hope"
"Go out and buy this book, if not for someone else, then for yourself. Relish its smooth cover, beautiful illustrations and gorgeous language. You will return to it again and again."

"The book shows again the breadth of her talent; that she could tell a simple, tragic tale that appears at first to be written for children but becomes a dark allegory for pride, pain, disloyalty and death. It has been suggested that the story is Frame's reflection on the end of a love affair, but that is not the point. The point is that the story encapsulates the emotional reality of the adult world mixing a little bit of goth with a lot of charming animism." 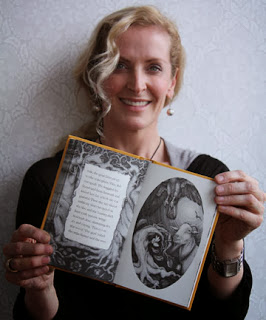 The Mijo Tree has spent six weeks so far on the Nielsen Bookscan NZ Fiction top ten bestseller list. It currently sits at #5.