"so human and marvellous as a person"

The real Frank on the real Janet 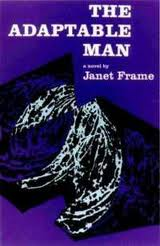 ‘I love it [The Adaptable Man] , the power of her mind, its range, and the way she creates — a connection with the world one daily experiences of just exactly the right tenuousness. A brilliant girl, and so human and marvellous as a person.'

Frank Sargeson wrote this to EP (Peter) Dawson on the 22nd of December 1965. The letter is quoted in Michael King's biography of Frame but was not chosen by Waikato academic Sarah Shieff for her careful selection of Sargeson's letters that, although she gave it the title Letters of Frank Sargeson (Random House 2012), was not by any means a complete letters. Nor, unfortunately, was it the comprehensive and revisionist project that would have blasted some myths and stereotypes that have accrued around Sargeson and his relationship with Frame. (Sargeson was briefly Frame's 'mentor' but the tables swiftly turned, as the unexpurgated correspondence between them makes quite clear. And yet one still hears Sargeson referred to as Frame's 'mentor': she is rarely even permitted the status of  equal 'friendship' with him. In fact lately there seems to be a ridiculous trend towards calling Frame Sargeson's protégée.) I see the Shieff Letters as having delivered a politely curated hagiographical view of Sargeson, designed not to upset any applecarts in the conservative and hidebound NZ literary academic community. 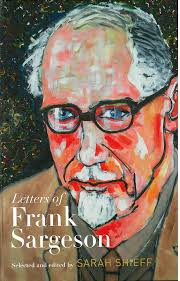 One example of what in my opinion was an editing bias in the Shieff Letters is the glossing over of the issue of Sargeson having stolen or copied some of Frame's manuscripts while she was boarding in his backyard hut.

Shieff allowed through into her version of the letters, plenty of demeaning and derogatory commentary by Frank (and others) about Janet, especially from the early years when the "mid century misogynists'" apparently genuinely believed Frame to be hopelessly psychotic.

Clearly it will take more than a generation before the fiercely possessive 'Sargeson Mafia' can let their St Frank down off his pedestal and let him too, be "so human and marvellous as a person".

The Shieff Letters certainly do not conceal the fact that Frank could be, as independent scholar Nicholas Reid notes in his excellent review of Shieff's volume, "a real arsehole".

But despite his own personal awareness of Sargeson's at time Machiavellian influence, even Reid appears to swallow whole the Authorised Version of Janet Frame-as-demented-cotcase that Sargeson so seamlessly cemented into the collective consciousness of NZ Lit, largely by means of his "agonising letters from the middle 1950s about Janet Frame and the state of her mental health".

The reviewers all seem to know that Sargeson could be a nasty piece of work, but when it comes to his sly propaganda belittling Janet Frame and her work (over decades, as it turns out), all of a sudden their critical faculties appear suspended and Frank is treated as if he were the authority on her 'mental state'. His paranoia, his envy, his neuroticism, his tendency to exaggerate, to tease, to lie, none of these are taken into account regarding his astonishing pronouncements about Janet Frame.

No one is astonished. They already *know* all they need to know about poor Janet.

No wonder she fled the country in fear of her life.
Posted by Pamela Gordon at 7:03 PM