"I was told that my first words were 'Pick walnut up, Mummy'."
~ Janet Frame, from To the Is-Land
(Autobiography Volume 1) 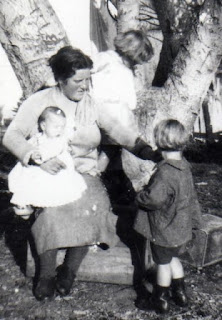 Janet Frame as a baby on her mother's lap
under the walnut tree at Railway Lane, Outram near Dunedin.
The Frame family lived at Outram until Janet was 2 and a half years old. 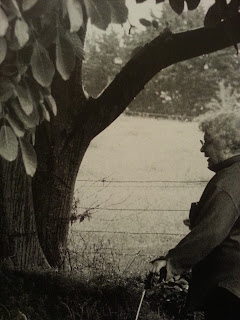 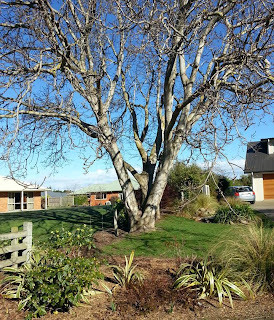 There is still a walnut tree in Railway Lane.
Is it the same one?
Posted by Pamela Gordon