The facts versus the good story 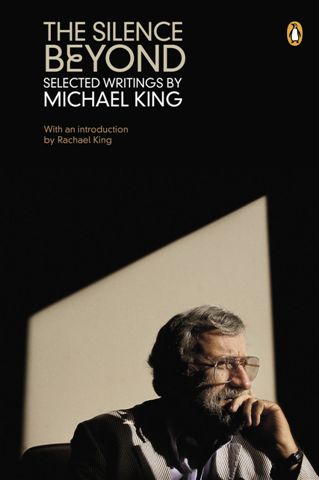 The Silence Beyond: Selected Writings
by Michael King
with an Introduction by Rachael King
published by Penguin NZ
30 May 2011

This book presents a slightly different impression of the author Michael King, the usually reliable historian and biographer, who as his daughter, novelist Rachael King, asserts in this interview with the Sunday Star-Times, was scrupulous with his facts in his published works, but he "never let them get in the way of a good story".

In person, as hail-fellow-well-met, and an outrageously wicked gossip, Michael often played fast and loose with the truth, as anyone who knew him well (and we count as a multitude apparently) will confirm. I observed personally that Michael used his sometimes shocking "inside" stories as a kind of social currency, to create a sense of mutual solidarity that acted as a strong "friendship" glue, and encouraged the reciprocal telling of tales and secrets. His anecdotes were told under "strictest confidence" of course, so that they could never be verified and never be rebutted.

In the pages of this new book of his selected writings and speeches, we see not only the careful and methodical researcher, we also get touches of the anecdotalist, with his carefully prepared off-the-cuff seeming soundbites honed for scandal and scuttlebutt, in which he could indulge his taste for myth-making when the rest of his career was ostensibly devoted to myth-busting. This divide between the dogged respectability of his published work and his mischievous scandal mongering in social situations is one that hasn't really been addressed formally. Some of his pranks and throwaway fabrications and exaggerations have unfortunately been taken seriously by people who have been unable to distinguish between Michael the chronicler of the tribe, and Michael the concocter of whoppers.

It was an interesting contradiction in the man Michael King that will one day I hope lead someone to undertake a very piercing and honest biography that explores his career as well as his fascinating and little-known personal life. For a man comfortable with the spotlight he kept a lot of things very private, including the family story told here at last in the essay that forms the title of the book. Rachael reports that despite being a biographer himself, Michael vehemently rejected the suggestion that he might let anybody else fossick through his life.

For the present, this book serves as a tasting plate of Michael's many interests, and as a fine tribute to his career, and as a reminder of the tragic loss we New Zealanders all sustained when Michael and his wife died so horrifically in a blazing car crash. For me picking up this book was a poignant experience, in revisiting the many years of shared experience with Michael as he wrote my aunt's biography and was in almost daily contact with her and her family and friends, and of the terrible shock of losing him only weeks after losing Janet. And now both Michael and Janet are in "the Third Place, where the starting point is myth" (Janet Frame).
Posted by Pamela Gordon