A daughter of Mark Twain 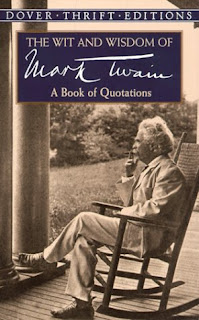 In 1979 Janet Frame received a letter telling her this:


6th October 1979
Dear Janet Frame
In recognition of
your outstanding contribution to
American Literature by your
Living in the Maniototo
you have been unanimously elected
A DAUGHTER
of
MARK TWAIN
CYRIL CLEMENS
Editor
Mark Twain Journal
(Cyril Clemens was a distant cousin of Mark Twain and President of the Mark Twain Society.)


"Against the assault of laughter nothing can stand."
"Biographies are but the clothes and buttons of the man. The biography of the man himself cannot be written."
"Fiction is obliged to stick to possibilities. Truth isn't."
"Get your facts first, then you can distort them as you please."
Posted by Pamela Gordon