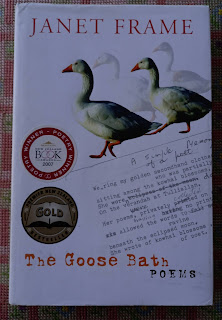 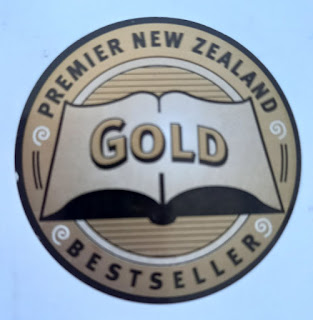 We are especially delighted at this recognition of the strong sales for Janet Frame's second poetry volume, given that Janet Frame's first book of poetry, The Pocket Mirror, has been one of the best selling collections of poetry by a single author in New Zealand history, locally and internationally, but has never been sufficiently acknowledged as such. This and several other of Frame's titles, although they have also sold extremely well within New Zealand, for various reasons are either not officially recognised as bestsellers, or their level of accreditation does not adequately reflect their actual sales history. (This anomaly is due to a chequered publishing history involving multiple publishers including foreign publishers whose sales are not counted in New Zealand, and multiple editions, and the consequent difficulty of collating sales figures.)

Postscript: The Random House New Zealand edition of The Goose Bath was published in hardback and paperback and eventually sold just short of six thousand copies, therefore qualifying for accreditation as a Premier New Zealand Platinum bestseller but the scheme was discontinued shortly afterward.

The Goose Bath was published in Australia by Wilkins Farago.  The New Zealand and Australian editions are now out of print. In the UK the entire selection in The Goose Bath has been published by Bloodaxe Books in one volume along with a selection from The Pocket Mirror. This book is entitled Storms Will Tell: Selected Poems by Janet Frame and is available to purchase online. 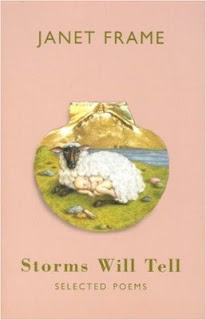