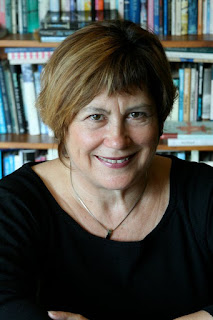 Dunedin based poet and novelist Diane Brown is to be awarded the 2012 Janet Frame Memorial Award. The biennial award for $3,000 is offered by the NZSA from a bequest generously provided by The Janet Frame Literary Trust to support a mid-career or established author to further their literary career.

Diane will be using the award to take time off from teaching her writing school to assemble and develop a collection of poems with the working title of 'Taking My Mother To The Opera'.

The award was hotly contested by a sizable list of applicants all of whom, according to judging panel convenor Chris Else, merited serious consideration.


Along with fellow judges, Elizabeth Smither and Pamela Gordon, Chris says the panel focussed primarily on the track record of the applicant and the extent to which the award would further their literary career.