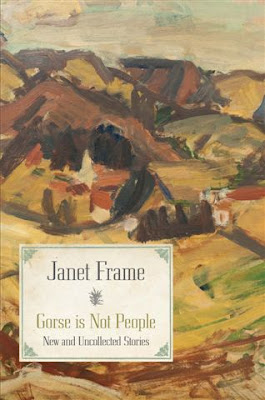 Click here to download a high resolution file of the jacket, which features a reproduction of the 1946 painting 'Upper Moutere' by the late great NZ artist Toss Woollaston.
Posted by Pamela Gordon

This is fantastic news. Ive just been introduced to JF and have finished faces in the water while on a lovely road trip from Napier to Auckland. I'm fascinated with Frame's work. Can't wait until this new book is published. I hope she would have been happy with it.

Such exciting news. I need some new Frame in my life right now!

Another treat for winter reading, Pamela.

Glad to hear you are keen! It will be so good for these stories to see the light of day at last.

And have no fear about how Janet Frame would feel about the book - after all, she wrote it! And she did say "Posthumous publishing is the only form of literary decency left". She designed her career to include the publication of works that had been left behind for various reasons.