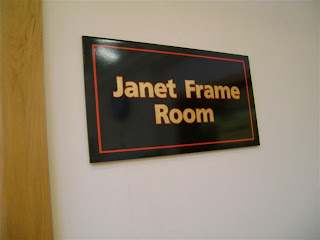 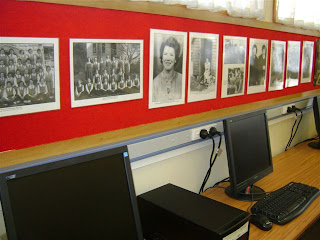 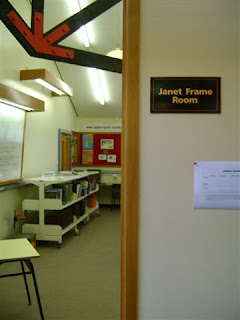 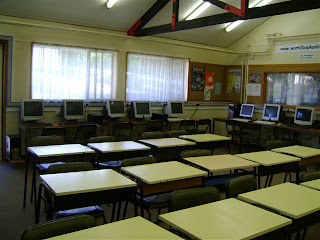 I recently visited Janet Frame's old secondary school in Oamaru, Waitaki Girls High School, and had another look at the room her Alma mater has named in her honour. (It was dedicated in 2006.) The Janet Frame Room comprises a spacious annex to the school library, with folding doors that can create a smaller space or be opened out. It is used as a seminar room, study space, and computer and media room.

I was visiting Oamaru to pay my respects at Janet's grave, for her 7th anniversary, and to do some liaising with the various Janet Frame interests in the town.
Posted by Pamela Gordon