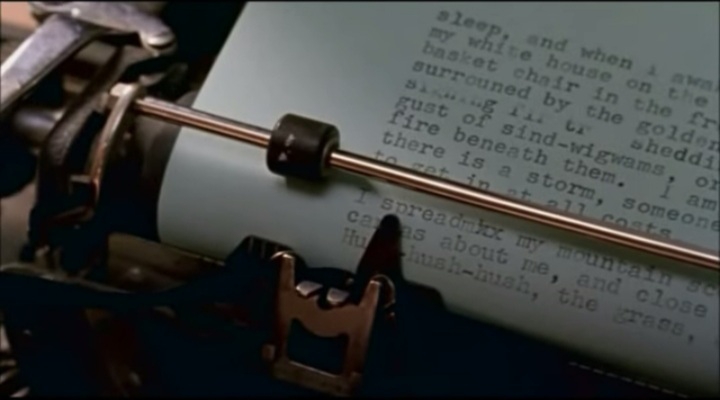 I recently received this interesting query:

In Jane Campion's film An Angel at My Table the Janet Frame character is typing in the final scene. She writes "Hush-hush-hush, the grass, and the wind and the fir and the sea are saying: hush, hush, hush."

I've read several of Janet Frame's books and have never come across it. Was this written for the scene in the film or is it from one of her books?

Yes, the lines appear in the last paragraph of Chapter 25 in Janet Frame's novel A State of Siege:

Janet Frame also used the expression "hush-hush" in her first novel Owls Do Cry to evoke the sound of the sea telling itself to be quiet; and also in her novel Intensive Care to describe the sound of the leaves of an old pear tree.
Posted by Pamela Gordon