Learned elder of the tribe 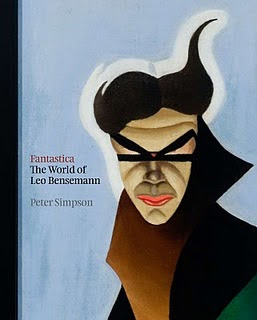 Am looking forward to seeing this new book by Peter Simpson, on Leo Bensemann, New Zealand artist, printer, editor and publisher.
It will be interesting to hear some more details about the internal politics of the Caxton Press where Bensemann was a key figure.

It wasn't until the gifted but dissolute Denis Glover left Caxton Press in November 1951 that Janet Frame's now legendary collection The Lagoon and Other Stories (currently listed on a prestigious educational syllabus in France as one of the classics of English language literature) was finally published (in 1952) after the accepted manuscript had languished on Glover's desk for several years.
Peter Simpson, Emeritus Professor at the University of Auckland, is an important cultural commentator for New Zealand, and there's a fascinating interview with him by Scott Hamilton on the blog Reading The Maps.
The interview includes amongst its riches, a description of the founding of the Holloway Press that recently published the edited correspondence between Charles Brasch and Janet Frame.
Posted by Pamela Gordon