Slovakia: They're reading our poetry there 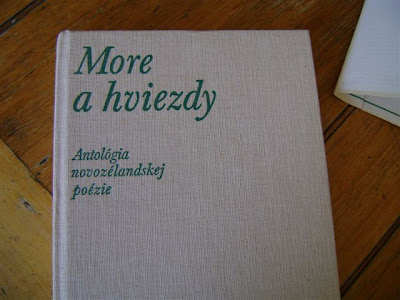 Much of New Zealand is abuzz today with delight at the 1-1 draw between an underdog New Zealand team and the much more highly ranked Slovakia at the football World Cup in South Africa. It marks the very first point New Zealand has ever gained at a soccer world cup!
How is this relevant to Janet Frame or to New Zealand literature? Well, in 1982 an anthology of New Zealand poetry was published in translation, in what is now the Slovakian capital Bratislava. 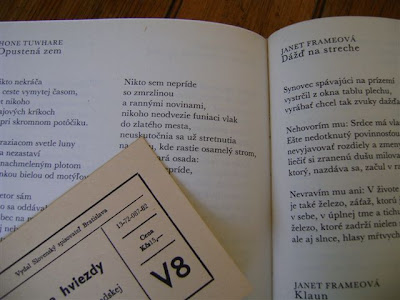 Here are some glimpses from the book. I'm guessing that the language is Slovak, but I don't know enough about the history of political and linguistic divisions in that part of Europe, to be certain. 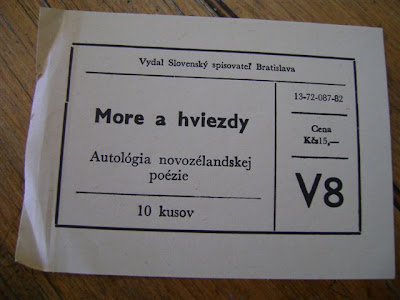