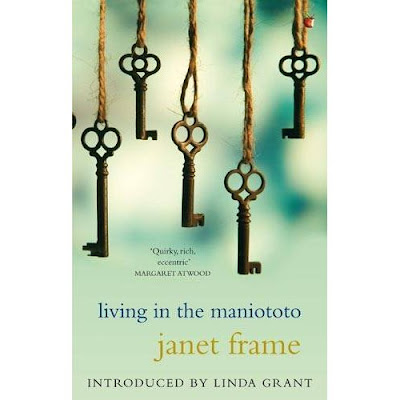 A radio adaptation of Living in the Maniototo is currently being replayed on RADIO NEW ZEALAND NATIONAL at 2.30 pm (NZ time) each weekday on the "Afternoons" show. Part Three was played today (Friday).
The release by Virago Press next week (November 5th) of the UK/Canada edition of Living in the Maniototo marks 30 years since its first publication by George Braziller in New York. 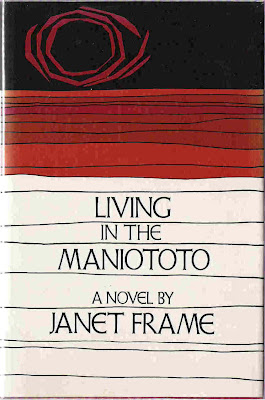 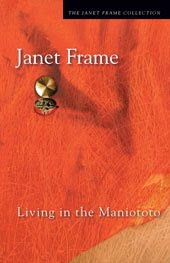 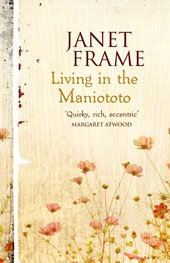 Unfortunately that first American edition contained quite a few typographical errors, including the astonishing omission of a chapter number (which chapter number does appear in Frame's typescript but it was apparently overlooked by the typesetter, and the mistake was missed by the proofreader).
So the new editions on sale in the Commonwealth represent the most authentic text of Janet Frame's tour de force so far published.
As well as laying claim to including the most authentic text of Maniototo, the very attractive Virago edition is enhanced by the superb and fascinating introduction by author LINDA GRANT.
Living in the Maniototo is one of Janet Frame's most popular novels, and is one of an armful of her books that have never been out of print.

As well as finding favour with the ordinary reader for its wit, playfulness and satire, as well as its incisive observations and descriptions of a wide range of realities and fantasies, this novel has also been much studied by academics. There has even been some "theorizing" about the "missing" chapter, which is not surprising given the mischief of Frame the author. The error was indeed a very "Janet Frame" thing to happen, and the fact that a chapter should have gone missing is now an unavoidable part of the whole Frame mystique that so many people delight in puzzling over. (Actually the chapter itself is still there; it was merely the chapter number that inadvertently went missing.) 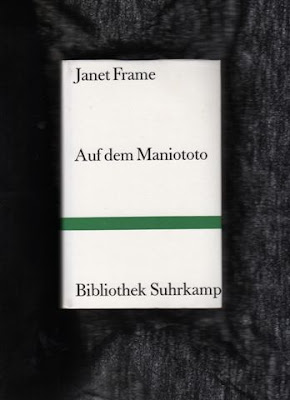 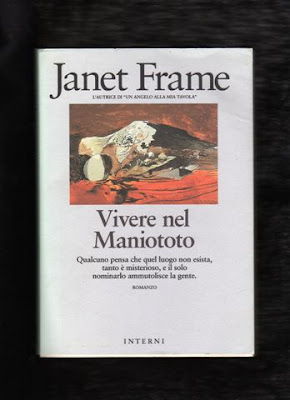 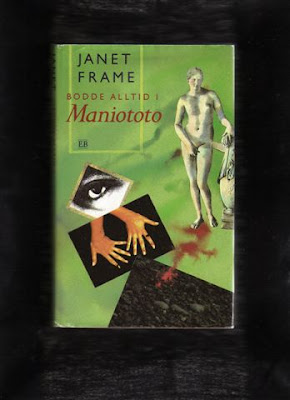 Thankyou for this wonderful blog about the life and works of Janet Frame. I will be a regular reader. Brenton (Adelaide,Australia)