An Angel on my TV Screen 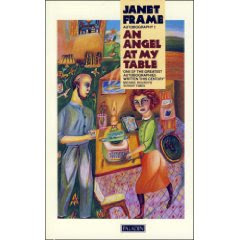 Australian Channel 7 drama PACKED TO THE RAFTERS is currently screening on New Zealand's TV One, on Tuesday nights at 8.30 pm.
While staying in a Palmerston North motel last week I was flicking around the available TV channels and happened on an episode of the show, which to my utter surprise featured a running theme of admiration for Janet Frame's courageous life, and praise for her inspirational writing.
Watching the show, I glimpsed two different editions of Janet Frame's autobiography: the omnibus edition of An Angel at My Table published by Random House Australia in 2008, and the Amazon bestseller Paladin paperback edition first released in 1987. 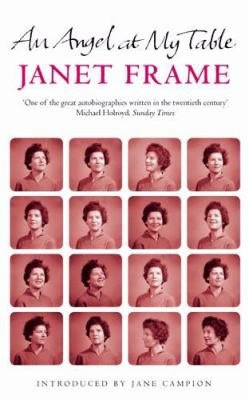 The episode "Having it all" (Series 1, episode 16) can be viewed on TVNZ's On Demand website:
http://tvnz.co.nz/packed-to-the-rafters/packed-rafters-s1-e16-video-3083807
As a pure coincidence (or was it?) Janet Frame's autobiography also had a walk-on part recently on the long-running New Zealand soap opera SHORTLAND STREET.

Volume One, To The Is-Land, featured as a book club choice discussed in an episode screening on Monday 12th October 2009. The Janet Frame edition observed onscreen was the phenomenally popular New Zealand paperback first published in the 1980s and which has been repeatedly reprinted in different editions (the current cover was first used for the 2000 Vintage NZ edition which is still in print): 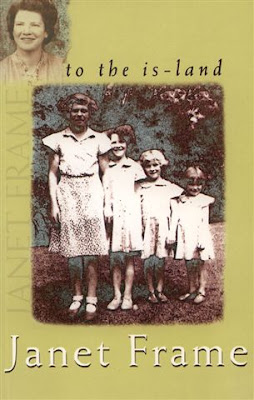 Posted by Pamela Gordon at 5:46 PM