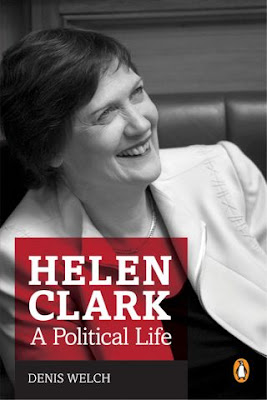 A newly published biography of New Zealand's former Prime Minister Helen Clark includes the text of a satirical poem Janet Frame wrote in the mid-1980s. The poem is called "June 1985" and was published in the New Zealand Listener in July of that year.

The poem sums up well the mood and circumstances of the mid-80s, and journalist Denis Welch uses it to introduce a chapter on the choices facing the "left wing" within NZ's Labour Party of that time, which had been co-opted by the right wing agenda later known as "Rogernomics". Welch notes that Frame laments "the way the country was changing".

Frame held strong opinions on political and social issues and many of her works contain incisive satirical barbs. This social critique aspect to Janet Frame's life and work has sometimes been obscured by the mythologising of Janet Frame. Those who prefer the narrow fictionalised movie version of her life find it hard to allow her the agency and independence she in fact displayed from ealiest childhood, and which landed her in no end of trouble.
Posted by Pamela Gordon