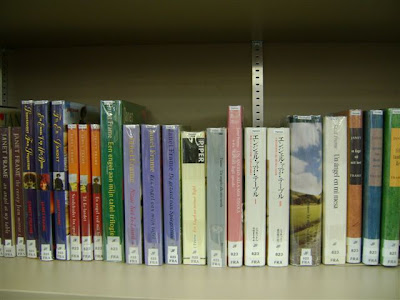 I paid a visit to the Oamaru Library last week and had the pleasure of donating another couple of recent foreign editions of Janet Frame's work to enhance their "Janet Frame Collection".

This of course was the library that was so influential in Janet Frame's early literary career. Before she had entered high school, she assured us, she had "read every book in the Oamaru library". Well now she has written a few of them too!

The collection is looking great in its handsome cabinet, alongside the Heritage Collection and the shelves devoted to other prominent authors associated with Oamaru. Was there something in the water in Oamaru?

The collection has been catalogued and the details are now available online at: 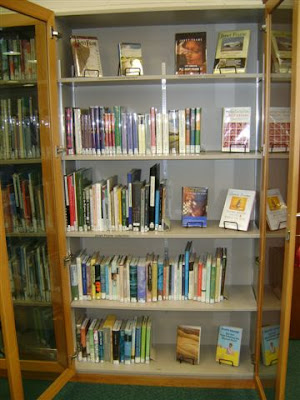