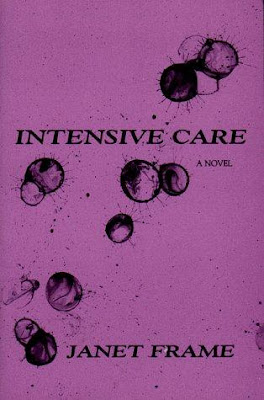 Fans of Janet Frame's magnificent novel Intensive Care (1970) may well be disappointed that this title missed out on nomination for the retrospective awarding of "The Lost Booker" for 1970.
Intensive Care was first published in 1970 by George Braziller USA and in the same year by Doubleday Canada.
UK publication by WH Allen was not until 1971. Of course the publication the previous year would have disqualified Intensive Care for consideration for the 1971 Booker.
New Zealand publication (by AH and AW Reed) was not until 1972 - and again because of prior publication in other territories, this edition would not have qualified for Booker nomination.
Intensive Care has been an enduring work: it has never been out of print since 1970; there has always been an edition available in some world territory or another. But in the UK currently you'd have to buy it off the internet, so I guess that even if it had been brought to the attention of the Booker administration when they had the bright idea to award a 1970 prize, they would not perhaps have considered Intensive Care "easily available" in England where they make these decisions. However there are multiple new copies of the 1994 paperback available on Amazon UK.
So the usual stringent rules for selection and eligibility for the Man Booker don't appear to have applied in the case of the "Lost Booker" which must therefore be regarded as little more than a publicity stunt, albeit a fascinating one.
If the Lost Booker judges ever get to hear of the unfortunate omission of the novel that Janet Frame herself was most proud of, they may well be relieved that they didn't have to choose between Patrick White's The Vivisector and his fellow antipodean Janet Frame's Intensive Care for the 1970 top prize.
Not that this sort of competition is a true test of the worth of a book. Obviously it isn't, if a book of the calibre of Intensive Care, which has been established as a favourite both in academic circles (with countless essays, treatises and dissertations devoted to it) and as a cult science fiction title, can have been left off the list for reconsideration. 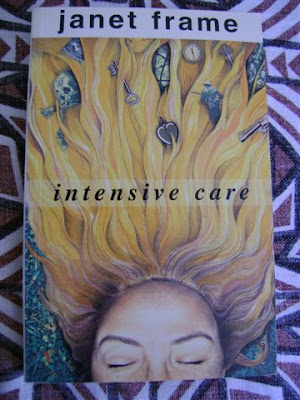 Frame's message in Intensive Care is as fresh and timely as ever. Here is a link to an essay by NZ poet and academic Murray Edmond which begins with an exposition on Frame's themes in the novel, which ranges from first World War Britain to post-apocalyptic New Zealand:
Janet Frame's novel Intensive Care (1970) ends in the future after the sub-normal Milly Galbraith has been executed under the powers of the Human Delineation Act, a law of classification which allows for the elimination of all the weak, unproductive and damaged members of society"...
Another highly relevant contemporary issue covered in Intensive Care is the nature of Milly Galbraith's supposed sub-humanity. She has been diagnosed as "oughtistic". 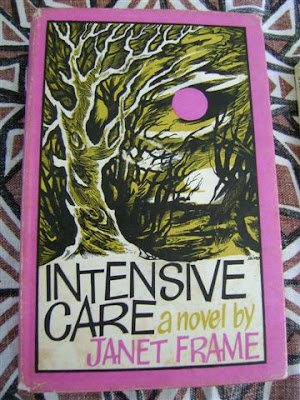 The US paperback edition of Intensive Care is still available from George Braziller and his edition has been exported widely around the world. I have seen this edition for sale recently in some of the better bookshops in Australia and New Zealand.
The third New Zealand edition of Intensive Care was published in 2008 by Random House New Zealand under their VINTAGE imprint, and is part of a double edition with another fine novel Daughter Buffalo (1972). 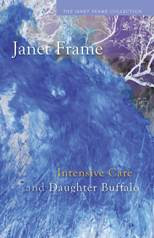