From the other end of the world 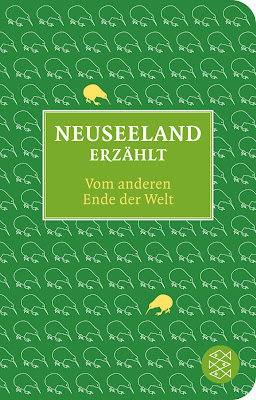 Ahead of the Frankfurt Book Fair, at which New Zealand is the 2012 "guest of honour", German Publisher Fischer Verlag has produced Neuseeland erzählt - a handy anthology of New Zealand poetry, fiction and non-fiction, also featuring some 'external' commentary about New Zealand. The selection includes a chapter from To the Is-Land, Janet Frame's first volume of autobiography. Some of the other authors represented are: Allen Curnow, Keri Hulme, Maurice Gee, Patricia Grace, James K. Baxter, Charlotte Grimshaw, Hone Tuwhare, Ngaio Marsh, Lloyd Jones, Lauris Edmond, Frank Sargeson, Katherine Mansfield, Bill Manhire. It seems a well put together and worthy taster of some of the best of tried and tested New Zealand writing.

Of course a good anthology should never be regarded as an end in itself - it should stimulate the appetite to look to the complete works of those authors represented and also encourage exploration beyond the recognised canon.

I came across an interesting commentary on the New Zealand books that have been made available in German translation so far this year, discussing the range available, of cook books, photography and travel books, crime fiction and literary fiction (of varying quality and subject matter) as well as the 'greats' - with Janet Frame and Keri Hulme both recommended for (re-)reading. 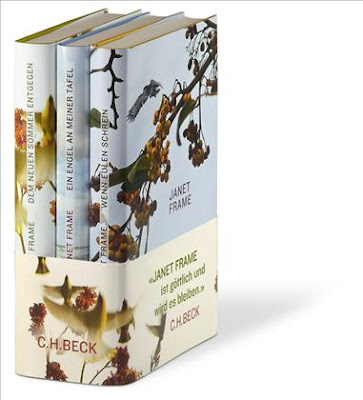 Ein Engel an meiner Tafel (An Angel at My Table)