I have today posted a comment (below) on the Circa Theatre Blog. There is a post there about the play Gifted that didn't even mention the author of the play Gifted! Just called it New Zealand 'literary history'!

The comment hasn't appeared yet, so I publish it here.

There is a conspiracy of silence about the fact that Gifted is a heavily biased 'portrait' of Janet Frame. Why are all its supporters so afraid of discussion and criticism? They hear one complaint and they do not address it. They attack the voice that raised the issue. (Mine.)

I have had dozens of conversations with people who apologise to me that they are too afraid to openly criticise the Evans novel and play for fear of retribution from its powerful supporters. They can all see that the lone voice of criticism from the Janet Frame Estate has led to vicious ad hominem attacks on us and a fierce campaign to discredit and vilify me personally. Safer to stay silent.

It is extraordinary, isn't it, that not one soul from this wider loose grouping of the Victoria University writing school (IIML), Whitireia Publishing, Victoria University Press, and their patsies in the publishing and media world, has raised even one quaking suggestion, is this play ethical? Why distort the historical record to implant a false portrait of Frame?

Many of the same people were horrified by a CK Stead short story that may or may not have mocked the author Nigel Cox - we don't know for sure because names were changed and the story was fiction, it didn't masquerade as 'literary history'.

And many of the same people recently protested self-righteously about a banned book; they were agitating for "freedom of speech". The same people who deny me my right to a fair hearing. Hypocrisy!

If the IIML is such a worthwhile institution, why is it necessary to impose hive mind? Any naysayers there are either too afraid to break ranks, or - even more frightening - is there nobody there with a mind of their own anyway? Too afraid for real debate for fear of being cast out of the favour of the group. Not healthy, guys. Shame on you.

Ironically, a current target for the IIML group ridicule is Witi Ihimaera, who recently gave a vigorous speech heavily quoting from Professor Patrick Evans back in the day when Evans was a major critic of the IIML. (They think they have him tamed, now.)

Actual Evans quotes criticising the IIML, that Ihimaera quoted, are being attributed by the IIML flunkies to Ihimaera, who is then mocked for them. Hah! 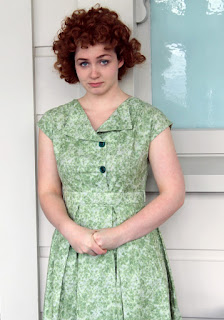 Harriet Prebble in her role as Kerry Fox
for Circa Theatre


Here is the Circa Theatre blog post: Approaching Janet Frame


This report is very misleading! The play Gifted is not ‘literary history’, it is a fiction written by a retired English professor who isn’t even mentioned. The Janet Frame of this play is not “Janet as seen through Frank Sargeson’s eyes” it is “Janet Frame as seen through the eyes of Professor Patrick Evans” – the author of the play.  Evans is an old enemy of Janet Frame’s. She despised his misrepresentations of her and strongly criticised his speculations about her. You should be honest with your audiences and treat them with more respect. If you have decided it is Ok to stage this revenge fantasy you need to admit that you are staging propaganda. Why suppress the truth that this is a highly controversial 'story' that completely changes the historical facts, omits important characters and details and invents others? Let your audience judge for themselves whether they want to be manipulated into taking away a false view of Frame and Sargeson. 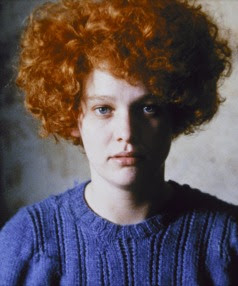