The Frames of Hampden 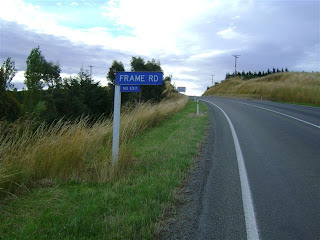 Reasonably often, I hear of or meet somebody I had never heard of before who claims to be "related to Janet Frame".

Of course I'm very interested in this possible new family member, because if they are related to Janet Frame - who was my mother's sister - then they are also related to me.

Hampden is a small locality in Coastal Otago on the road between Oamaru and Dunedin.

Just out of Hampden there is a 'Frame Road' (No Exit). 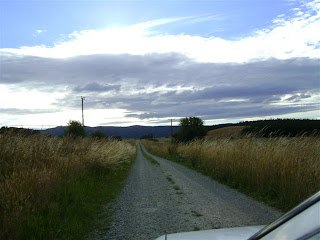 They don't seem to know any more than that.

The story has all of the characteristics of an urban myth - the person is quite sure it is true because they were told it by somebody or other, but on closer enquiry the facts vanish like steam, and they can't even refer me to anyone who can verify it. They're all dead now.

More than once the person has even proudly claimed themselves to be "a little mad" (only a little) and that was because "that's only to be expected because I'm related to Janet Frame".

Well, there have been some crazy people in the wider Frame family, that is no secret, but Janet Paterson Frame was not one of them, so anyone who makes a statement like that one proves that they don't know anything at all about who Janet was as a person. All they are repeating is small town scuttlebutt.

The Frames of Hampden: No Relation

Anyway, I have no idea who the Frames of Hampden are, but they are no relation of Janet Frame's Frames.

Janet Frame's grandfather Frame came to New Zealand on his own. His siblings went to North America. He had a quiver full of sons and daughters, including Janet's father George Samuel Frame, but they are all accounted for, and there just isn't the time for one of them to have morphed into the lost tribe of Hampden. 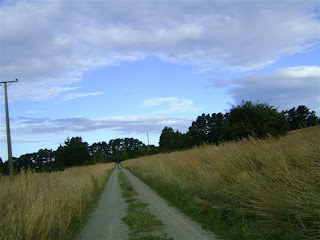 There are other Frames in the Otago district who are also unrelated (in recent centuries in any case). The shoe shop Frames of Dunedin, for instance, are also not related to Janet Frame's Frames. If they were, I might be seeking a discount next time I buy my winter boots. Because I'm family they'd have to give me one surely?

Of course the name Frame is something for the holder to be proud of for its own historical origins and I suppose everyone who has it can trace themselves back to common ancestors long ago.

When Janet Frame was alive, as she got more and more famous, people did 'come out of the woodwork' claiming to be related to her. And often they were related, because they arrived with the connections already mapped out on a family tree.

Actually over the years Janet and the rest of her close family welcomed some wonderful new friends and family members who were only able to track down our branch of the family because there was that one who was high profile and easily traced, so please don't think that I am casting aspersions on the joy of reuniting with long-lost family members. We are a large family anyway but with an attitude that there is always room for more.

As always when meeting a stranger, even one with tenuous historical connections, there will be a relationship only if one "hits it off" in some way. Having a shared ancestor doesn't guarantee that you will be compatible. I have to say, brutally, that anyone who arrived at the door spouting culturally acquired poisonous myths about Janet Frame, either quickly realised they had been misinformed or got short shrift.

Janet once said to me:

"If somebody comes to you claiming to be related to me, ask them if they visited me when I was in hospital. If they didn't, then I'm not interested."